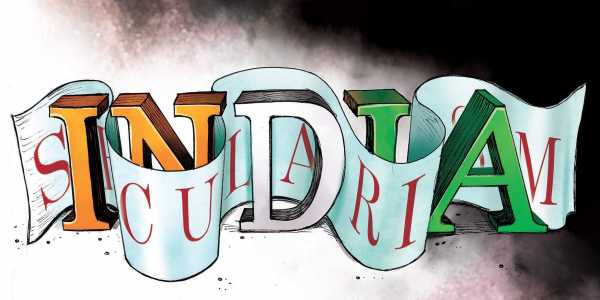 This is the highlight reel when the word ‘secularism’ needs a clarification as this word has become an object of ridicule and contempt in recent years that witnessed conflicts related to CAA, Kashmiri Pandits, ban on cow killing, Ram Mandir or any religious tensions. Saddled with lot of expectations, this term is being used frequently to solve issues related to national integration. Religious identity and democratic politics are not easy to co-exist. The principle of secularism has come to the present form after a long stretch of precedent judgments.  India was branded as ‘secular’ country in 1976 by means of 42nd Amendment. Later, in Kesavananda Bharti case [1], secularism was held to be a part of basic structure of the Constitution which was inserted in Preamble during emergency in Indira Gandhi’s regime. Since years several precedent judgments have been delivered by the Supreme Court to give perspective to secular character of India but some pragmatic complexities still persist. Two doctrines are formulated by the court that differentiate secular and religious and gives test of ‘essential religious practices test’. In the case of Commissioner v Lakshmindra Swamiar [2] it was held that matter related to religion shall be determined “with reference to doctrines of religion itself” which includes religious practices along with belief and thought. So far, case have been decided on a prior basis by the courts and no set of principles have been provided by the court to distinguish between secular and religious. The idea of secularism has seen a gradual development in its interpretation with time. It started from the case of Sardar Taheruddin Syedna Saheb v. State of Bombay [3] in which Justice Ayyangar clarified the secular nature by saying:

“Articles 25 and 26 embody the principle of religious toleration that has been the characteristic feature of Indian civilisation from the start of history. The instances and periods when this feature was absent being merely temporary aberrations. Besides, they serve to emphasise the secular nature of the Indian democracy which the founding fathers considered to be the very basis of the Constitution.”

Further, secularism was explained in utilitarian footing in Ziyauddin Burhanuddin Bukhari v. Brijmohan Ram Das Mehra [4] wherein role of State was placed to be impartial/neutral when it comes to promoting benefits to every citizen irrespective their castes and creed and a duty was casted on the State to make sure, through laws, no disability is imposed on citizen on the basis of religion he/she professes. Justice Kuldip Singh gave his opinion on the same line in Indra Sawhney v. Union of India [5], saying that caste poses a serious threat to secularism and integrity of the country.

Later, a landmark judgement was pronounced in S.R. Bommai v. Union of India [6] in which Justice Ahmedi indicated that secularism is predicated on principles of accommodation and tolerance. Justice Ramaswamy took the note of political parties evolving the religious principles which tends to associate their governance with that particular religion and such expression is prohibited under Constitution. Hence, Court should take actions against such fugitive political parties that act in a way opposed to secularism in terms of casteism and religion animosity. The bench also went on to express that even if a political party advocates a particular religion implicitly, their act is deemed to be unconstitutional in its essence. Following this case, several cases came over the years only to make it inconsistent. The circle was completed when Justice Ramaswamy commented on the basis of scripture and quoted:

“The word ‘Dharma’ or ‘Hindu Dharma’ denotes upholding, supporting, nourishing that which upholds, nourishes or supports the stability of the society, maintaining social order and general well-being and progress of mankind; whatever conduces to the fulfilment of these objects is Dharma, it is Hindu Dharma and ultimately ‘Sarwa Dharma Sambhava’. Dharma is that which approves oneself or good consciousness or springs from due deliberation for one’s own happiness and also for welfare of all beings free from fear, desire, disease, cherishing good feelings and sense of brotherhood, unity and friendship for integration of Bharat.”

The Court has not moved much from S.R. Bommai case and still continue to stand on the same stance of secularism not being a wall between Church and the State and still inconsistent when it comes to dealing with religious matters.

But even after setting such precedents, religious violence is prominent in state. Implication of removing inequalities among the religious groups fall upon the state giving them wide powers to in financial or other ways to let them support and celebrate all the religious groups through their beliefs, practices and rituals. Secularism in India is mostly induced by belief of Hindu nationalism which underlines the idea that secularism is an instrument to establish national unity. Imposition of Emergency in several states is reflective of such secularism as such situation did not suffer. When it comes to dealing with religious matter the courts in India has a tendency to follow the policy of not intervening and even if they intervene, they are mostly seen upholding religious practice even if it risks contradicting with fundamental rights.

One of the recent highlights where India’s secularism was caught in crisis was when Citizenship Amendment Act 2019 was introduced. The whole debate and politics reached its nadir and secularism of India was believed to be attacked as exclusion of Muslim community from a legitimate position was dissented strongly nationwide on the ground that Indian Constitution provides equal protection and treatment to every person in India and any law or policy that discriminates on the basis of religion would not be acceptable. The Delhi riot was a demonstration that when religion is reduced to nation and nation is reduced to religion, it despoils and bleed nations as well as religion, cutting down its identity eventually. The protest by people acknowledging the contribution of Muslims to the culture and civilization of India, also consisted of young women and men belonging to non-Muslim community. It was also averred by them that they can still be Hindu without being anti-Muslim and vice versa. It was only after a lot  of debate that intelligentisia of society acknowledged that it focused on the people belonging to Hindus, Sikhs, Buddhists, Jains and Christians who were stuck on the other side of the border during partition which shows that without being anti-secular, the said Act potentially brings solace and ease to such people. Indian population cohabit together by accepting each other spiritedly and by engaging in miseries of each other, not by mutual toleration.[7]

The struggle of Kashmiri Pandits also poses a challenge to secularity of India, as ‘Temple and Shrine Bill’ is still pending in J&K assembly. The clash began in 1990 when this diminutive minority and original inhabitants of valley if J&K were forced to drive out of their homes as a result of growing intolerance. Kashmir is the sole state in India where Hindus forms a minority and this puts paradigm of Kashmir on a real test of secularism. Exodus of Kashmiri Pandits who now live as refugee makes the matter on the account of its brutality and inhumanity. A secular state is expected to protect any minority irrespective of their religion but no concrete action has been taken by government to rehabilitate Kashmiri Pandits. To assuage the hostility and atrocities victimizing Kashmiri Pandits, there is a need to build trust within communities and this is also a testing period for India to reinforce the trust of its people on its principle of secularism.

As Justice Aftab Alam pointed out in 2009 while delivering lecture in Gandhi Foundation that India shelters eight major religions of the world, recognizes 22 languages Indian languages in its Constitution where same language speaking people might belong to different religions and people from different ethnic stocks may belong to same religion and may have different social and economic concerns. India is known for its multi-religious democracy. India has always set itself out with regards to adherence to rule of law but when months prior to pandemic hit, India saw violence boiling out from religious issue. Also, in recent years, religious violence, sabotaging and incitement of rule of law have been witnessed in several parts of the country which still remain unresolved. For a large and diverse country like India, adherence to rule of law and harmony among all religions and community is subsidiary and conducive for democracy to operate. There seems to be a need to resuscitate a term or idiom that would reverberate, with the idea and expression of equality, in a fairer and more nuanced way, offering more sense to ‘secularism’ in context of India. The resurgence of dialogue on secularism in recent times in public discourse are mostly initiated by young Indian students which is a matter of relief and joy as they endeavor to retain the diverse cultural heritage of India and protect Indian Constitution.

Disclaimer : All rights reserved to Lexstructor (www.lexstructor.in). The views expressed in this article are personal, depending on the author’s opinion only.